“A police service cannot exist without the consent of the people” – interview with Kenneth Deane, EU Civilian Operations Commander 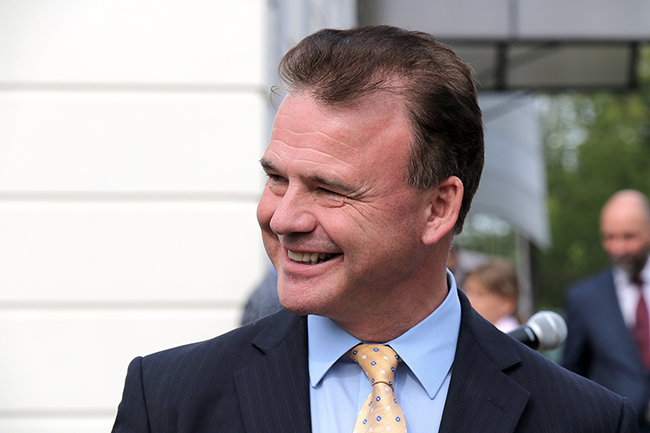 The EU has deployed 10 civilian missions around the world, including Ukraine, to support rule of law and civilian security sector reform. During a recent visit to Kyiv and Odesa, the man in charge of these missions, Kenneth Deane, explained his role and encouraged Ukrainians to make the reform process a success. 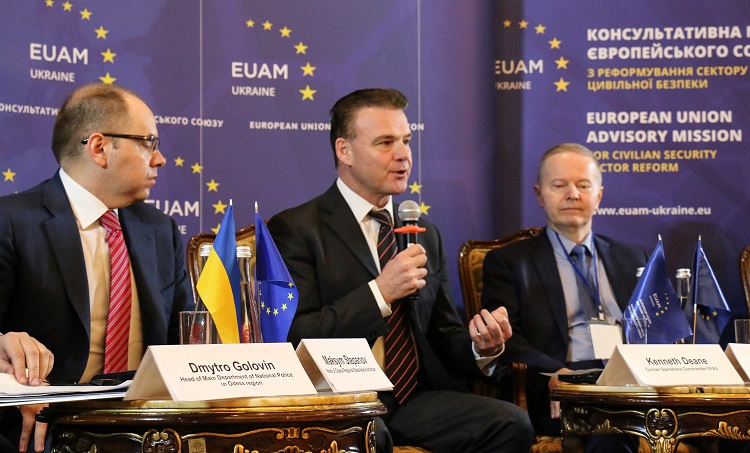 Q: Can you firstly tell us something about your own professional background, and how you became the Civilian Operations Commander?

KD: My professional background is as a police officer. I joined the police in Northern Ireland back in October 1980, and spent approximately 25 or 26 years policing that part of the country. I then did some international policing, in Iraq for one year in 2004, almost three years in Afghanistan, and then I became Head of Operations at our headquarters, the CPCC. I did that for almost three and half years, before becoming Head of Mission at our mission in Palestine, EUPOL COPS. I spent two years there, and then returned to Brussels in July 2014 as CivOps Commander, so that’s a brief summary for you!

Q: So what is the next step for a CivOps Commander, what will you do when you leave this role?

KD: I wish I had a crystal ball – I wish I knew myself! Perhaps I will take some time off to relax to be honest with you. It has been quite a challenging role, but also an enjoyable role.

Q: For someone who doesn’t know, can you explain what a CivOps Commander does day to day? What does your diary look like?

KD: Well let me define what the role is first. The CivOps Commander is essentially the link, the person between the 28 Members States of the European Union and the High Representative [Federica Mogherini]. The CivOps Commander runs and organises our missions, and is the bridge between the political strategic guidance and the missions themselves. Therefore, I represent the headquarters that oversees our 10 missions and ensures the delivery of those mandates. What that looks like in practice is a very busy schedule! But I have excellent support staff around me to manage this. It involves a lot of meetings, for example with the ambassadors of the EU’s Political and Security Committee, with the hierarchy in the EU’s External Action Service, and with heads of missions. The interaction with heads of missions is crucial because really we are all one team, there is no real break between headquarters and the theatre of operations – I really believe that. It is a busy programme of activities but I believe we are in a good place and doing a good job at present.

Q: So have you actually visited all 10 missions?

KD: Yes I have visited almost all of them and will visit the remaining ones over the next few months. I think it is important to go there in person, and for me not only to meet heads of missions but to speak to all of our people on the ground, which is something I really like doing. That particularly means speaking to our local staff, who are very important to me and play a key role in a joint team effort.

KD: As you probably know our missions are usually in quite challenging environments, but given my own background I quite enjoy challenges. I say this to people quite often, but policing and the rule of law are a vocation, and part of what makes me tick as a person is trying to make a difference. I really want our missions to help local people. That’s what gives me job satisfaction.

Q: When you travel do you ever have the chance to do some sightseeing and relax?

KD: Unfortunately not. There are simply too many meetings, time is short. Maybe at some time in future I will get back to some of those places with a more leisurely agenda.

KD: I do. It’s challenging, but I like it because I think I am in a position to help and influence others to make a difference, and that’s important to me as a person and human being.

Q: A cynical view might question or doubt the real value and change EU civilian mission can bring, what would you say to that cynicism?

KD: Well firstly, I think that success is difficult to measure, for example in rule of law and civilian security sector reform. But what I do know about every one of our missions is that if our missions were not there, the situation would be a lot worse. So prevention is more difficult to measure than success. We can only judge success on feedback from host countries, from interlocutors and from member states. And generally our missions I think have made a difference. Whether that difference is sustainable is more the host country’s responsibility. But I think our mission’s generally do quite well, despite all of the challenges.

Q: Your own community in Northern Ireland went through much change, including a reformed police force. Are those lessons you learnt there something you can use as CivOps Commander?

KD: Oh very much so. A police service cannot exist without the consent of the people – the police must reflect that society. I think that the transformation of what was called the RUC into the Police Service of Northern Ireland was definitely a step in that direction, because it better reflected the whole society and all communities in Northern Ireland. And policing is part of communities – you can’t have policing that is somehow separated from communities. So there are certainly lessons to be drawn, and the truth of the matter is that if we talk to our people, and our people talk to us, people generally want police forces – they don’t want vacuums to be filled by other forces that tend not to be rule-of-law oriented. So there are parallels to be drawn, and at the end of the day it’s about public satisfaction and people’s feeling of safety and trust in the police service.

Q: I know it is not your first visit to Ukraine. What was your first impression of the country and how has that evolved over time?

KD: It is my third visit in fact. In terms of reform, I feel that some progress is being made. I think we are at the beginning of a journey and I don’t think we are even at the mid-way point of that journey. I think the EUAM mission has come a long way since its establishment and is in good shape now. It is well resourced and well staffed. I see good buy-in from interlocutors, so for the mission that is a significant success. As a person I am optimistic by nature, I think we are going in the right direction and I trust the people of Ukraine and its government to continue going in that direction.

Q: What would you say to the Ukrainian citizen who is losing faith and hope in the reform process?

KD: Don’t give up. Stick with it. Reform in any country takes a long time. So stay optimistic and positive – Ukrainians should remember that you are the people who vote for the government, you are the people to make reform a success. I know that you are not in total control, but certainly Europe will stand by you in this journey we travel together. Small successes are vital – as the saying goes, the best way to eat an elephant is with small bites. If you don’t see the full benefits of reform in your lifetime, then your children, or their children, will. 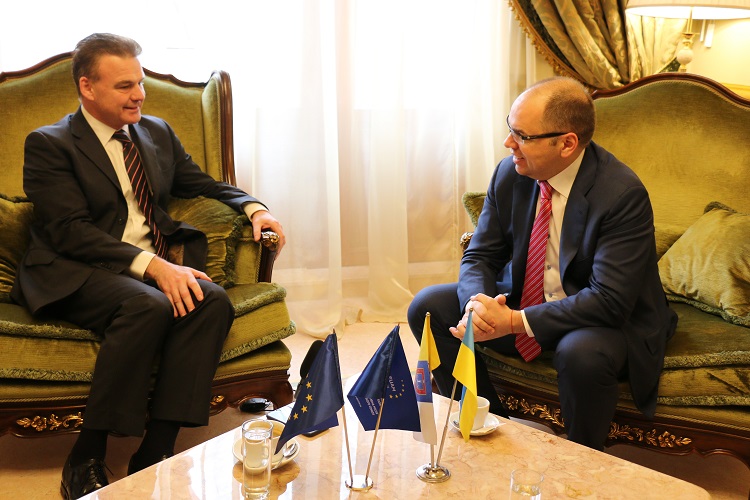 Q: What was your impression of the opening in Odesa?

KD: I am very happy with how things have gone. Before the opening ceremony I had a very genuine meeting with the governor that I was heartened and encouraged by. I think he is somebody who is sincere about reducing corruption in the region, and I think he understands that the judiciary and the police must be part of the community. So I think there are positive signs. I feel that the mission has this real opportunity to make a difference in Odesa, and that is an opportunity we should not miss.

“A police service cannot exist without the consent of the people” – interview with Kenneth Deane, EU Civilian Operations Commander is licensed under a Creative Commons Attribution-Share Alike 4.0 License.