“We considered it hippy policing at first. But it works” – Interview on dialogue policing with EUAM advisers Michael Lokke and Neculai Oprea Dialogue policing is a relatively new approach to policing demonstrations and large-scale events, which has already demonstrated its effectiveness in EU countries. After a successful pilot project in June 2016 in Kyiv, EUAM, in cooperation with the Czech National Police, organised a training programme for Ukrainian police officers in this technique.

The first training session took place in Kharkiv from 8-11 November 2016 and the second four-day training concluded in Lviv on 9 December 2016. Further trainings are planned in Dnipro, Khmelnitsky and Odesa in the coming months and the programme will conclude with a train-the-trainers session in Kyiv in early 2017.

In this interview, EUAM public order advisers Michael Lokke from Denmark and Neculai Oprea from Romania explain the principles underlying dialogue policing, its relevance to Ukraine and the reaction of their colleagues when it was first introduced in their countries. 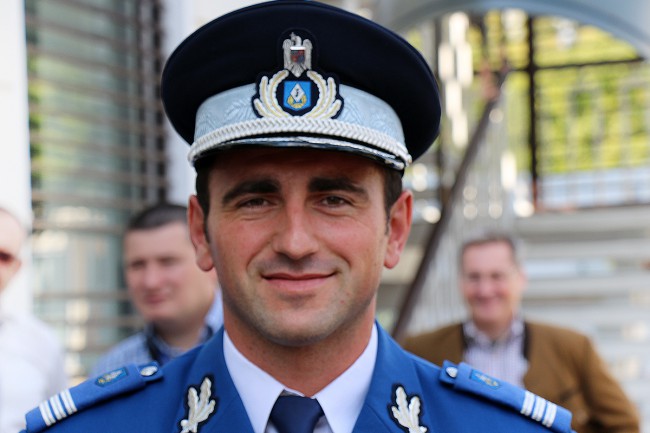 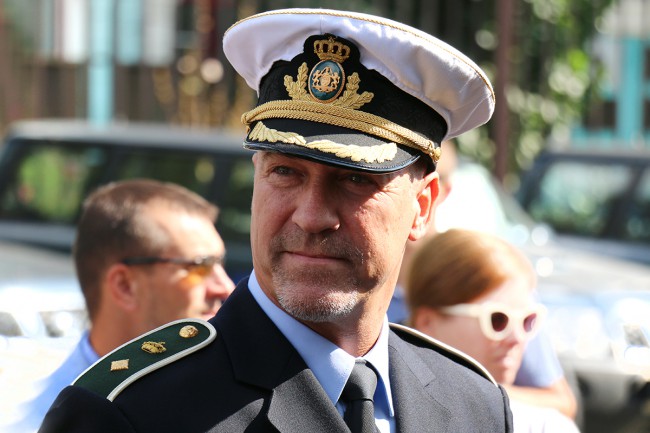 Neculai Oprea (on the left) and Michael Lokke (on the right), EUAM public order advisers

How would you explain dialogue policing to someone with no policing background?

Michael: Dialogue police officers help establish rules that everyone can agree on. If, for example, there is trouble in the crowd – some idiot throws a bottle or something like that – the dialogue police officers can maintain contact with the event organisers and decide whether it is an isolated incident or the beginning of something more serious. If it is more serious, then back-up in the form of more traditional riot squad police officers can be called on, but there’s always a danger that once people see riot squad officers, this can escalate any situation. That’s why you want to make sure that you use the riot squad only when absolutely necessary – we call this approach a ‘graduated approach’. Dialogue is the first element of the ‘graduated approach’ with further preventative measures as back up.

How has dialogue policing evolved in EU countries?

Michael: It’s an approach that has evolved in the last decade. It started in Germany and Sweden, then the Czechs adopted it. Now it is used as standard across Europe. The exact form differs from country to country, but the basic idea is that you have groups of police officers, maybe two or three per group, who walk around crowds, sense the mood, try to diffuse any tensions and deal with minor violations. You have to get into the mindset of a demonstrator or football fan – the majority want to make their political point or enjoy a football game peacefully. Usually, only a minority wants violence. If members of the public believe that the police is there to help facilitate peaceful assembly, then they’ll often themselves try and control the violent behaviour of their group. It’s more difficult to instigate violence if you get to know and talk to the person behind the uniform.

Neculai: There is a general recognition that when you have masses of police officers in full gear from the very beginning of a large gathering, this can escalate situations and lead to aggressiveness. It takes time to build a relationship of trust between police officers and participants in mass events – changes don’t happen overnight. Eventually however, dialogue policing helps the public to understand that the police is not about shields and batons, but are actually there to facilitate peaceful assemblies.

What was the reaction of your colleagues back home when dialogue policing was introduced?

Michael: Before the introduction of dialogue policing, many people didn’t see the need for change. We had a certain system, we considered that it worked well enough and many colleagues didn’t see why anything should be different. Dialogue policing was considered to be ‘hippy policing’ – I remember people saying, “maybe it might work in Germany, but it will never catch on here”. Funnily enough, we’ve had similar reactions here in Ukraine! But we saw that it works and attitudes changed.

Why do you think a dialogue policing approach is so important for Ukraine?

Neculai: Every time there is a large gathering here in Ukraine, members of the public are met by rows and rows of police officers with shields and helmets. In any mass gathering, there is a potential for violence, and there is a common misunderstanding that a dialogue policing approach means you get rid of the riot squad entirely. Of course you have to have back-up available. We are aware that dialogue policing won’t always be successful. But you can’t start with a confrontational approach. Also, whenever you have thousands of police officers on duty standing in front of demonstrators, you are taking them away from other tasks. Adopting a dialogue policing approach is an important part of changing the mentality of police officers as well as citizens so that protecting and serving the public are considered the main objectives of the police. The National Police of Ukraine is working on changing the image of Police, improving the Police Service, changing the attitudes of police officers and that of citizens. Our experience is that Dialogue Policing in Crowd Management is very important in that respect.

What kind of reactions have you received during the training session in Ukraine?

Michael: Every police force has some kind of institutional memory – as I mentioned before, in Denmark, my colleagues were used to doing things a certain way and weren’t initially open to change. Here, the police was formerly trained in Soviet methods that were designed to protect those in power and not ordinary citizens. But it’s really refreshing to see the comments we receive at the end of the training, for example people saying ‘initially we were sceptical, but this approach might indeed work’.  Our colleagues from the Czech police try to make the trainings as practical as possible, including using a video camera so that after role-play exercises we can show what participants are doing correctly and incorrectly.

Neculai: You need communications skills and cultural awareness. And definitely flexibility. There isn’t always a single easy solution to every situation and you need to be able to react fast if circumstances in a mass event change. It is not always guaranteed that dialogue policing will work, so you have to be able to adapt your approach. And of course patience!

"We considered it hippy policing at first. But it works" - Interview on dialogue policing with EUAM advisers Michael Lokke and Neculai Oprea is licensed under a Creative Commons Attribution-Share Alike 4.0 License.