The public prosecution service of Ukraine has recently had an influx of new local prosecutors. According to figures provided by the General Prosecutor of Ukraine, Yuriy Lutsenko, 77% of all local prosecutors recruited during last year’s open competition are new to the service. It is hoped that the new prosecutors will bring new perspectives and energy to their jobs, but they also have specific training needs.

To support the National Academy of the Public Prosecutor’s Office of Ukraine ( NAPPOU) train the new generation of local prosecutors, who have already started working, international donors, including the EU Advisory Mission Ukraine (EUAM) have offered assistance. One of the projects offering assistance is the Council of Europe’s “Continued Support to the Criminal Justice Reform in Ukraine”, funded by the Danish Government, jointly with the NAPPOU. 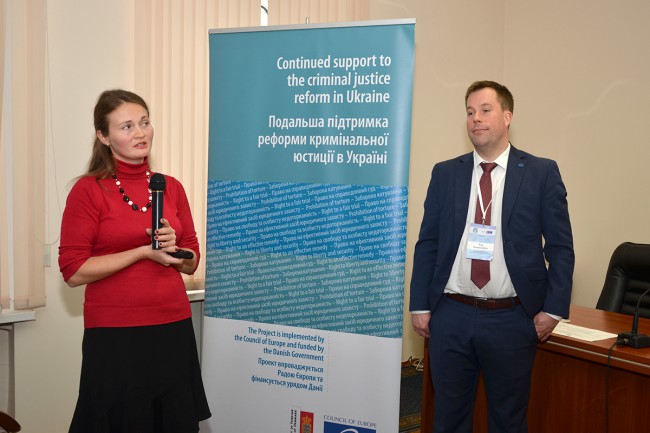 Since 20 January, this project has been training groups of new prosecutors on the European Convention on Human Rights (ECHR) and the European Court of Human Rights (ECtHR) case law. The training is conducted by a number of respected experts from the Council of Europe, the National Academy of the Public Prosecutor’s Office of Ukraine, Ukrainian government, UN and EUAM. EUAM experts Ola Quarnstrom and Oleksandra Palagnyuk have been delivering presentations on specific ECHR articles, which cover the right to private and a family life (article 8) and the right to an effective remedy (article 13).

“The right to an effective remedy is important for criminal investigations because it touches upon the duty to conduct effective investigations into claims of human rights violations. The right to private and family life is also important when conducting lawful interceptions of telephone conversations, e-mails, messages etc .” said EUAM Human Rights and Minorities Adviser Ola Quarnstrom. It is important for prosecutors to be aware of the relevant human rights standards, and the new generation of Ukrainian prosecutors have proved eager to learn about these.”

The first round of trainings that EUAM took part in ended on Friday 10 February. Approximately 200 local prosecutors have received this training. EUAM is looking forward to supporting the NAPPOU in the future. 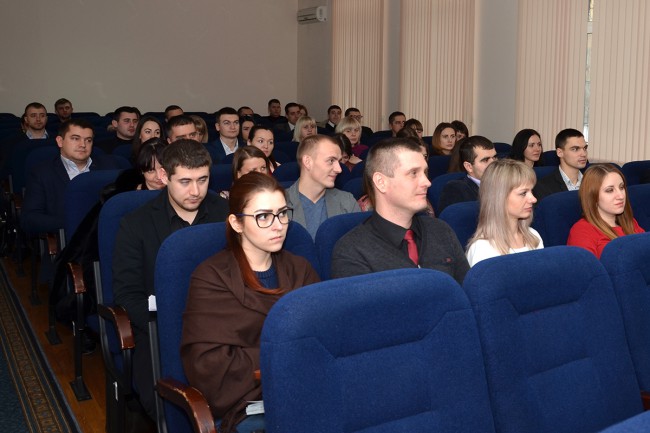