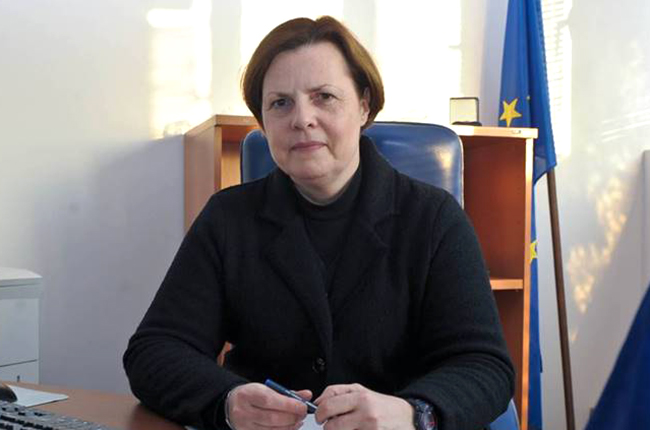 EUAM this week welcomed a new Deputy Head of Mission to join the team in Kyiv. Ms Joëlle Vachter is a French colonel with an educational background in law and public administration. She has a long professional career in the French police and military. Prior to joining EUAM, Ms Vachter was the Deputy Head of the European Union Rule of Law Mission in Kosovo (EULEX) for over three years, and prior to that the Head of the Crisis Management Office in the Ministry of Internal Affairs in France.

She has a total of over 25 years of experience serving with the French Police, in Albania with the Multinational Advisory Police Element, and in Kosovo with KFOR and EULEX. During her career, Ms Vachter was also posted to Germany and the Ivory Coast, and worked for three years in the United Nations Department of Peacekeeping Operations as a staff officer, responsible for the deployment of special police units to Kosovo and East Timor.