The European Union Advisory Mission (EUAM) Ukraine addressed the issue of investigation practices during a presentation to 20 prosecutors of the Specialised Anti-Corruption Prosecutor’s Office (SAPO) of Ukraine on Monday 11 April.

The presentation, delivered by EUAM Regional Outreach Officer Maarten Groothuizen, first focused on the theoretical framework of money laundering, explaining the several stages of the process. Mr Groothuizen also presented two real cases of money laundering in other parts of Europe and examined how they were investigated. 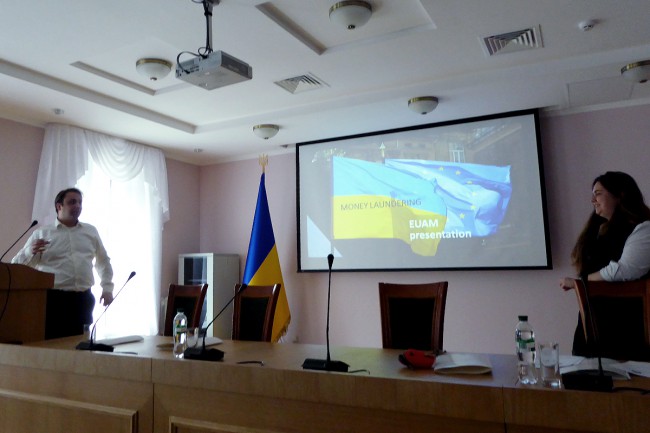 In one case, he showed how criminal profits that were invested into real estate that was then rented out – thus creating a flow of “legal” income that after a couple of years became impossible to separate from the original source of illegal income. A second case, involving a corrupt official, focused on describing the investigation techniques used to collect evidence. Analysis of financial data was combined with widespread use of covert measures such as covert observation and wire-tapping. It was this combination of approaches that allowed the corrupt act to be identified. 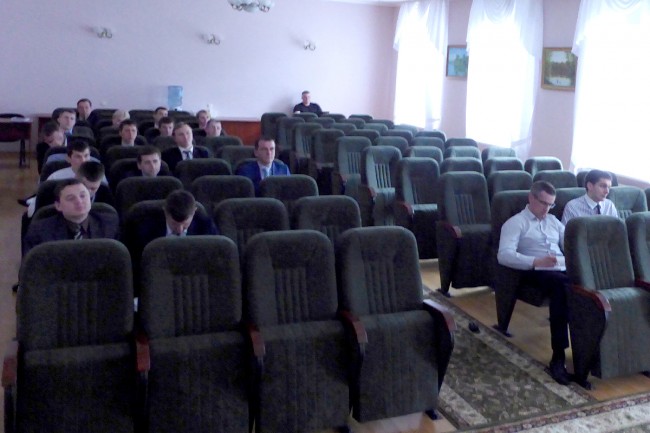 Speaking about the seriousness of money laundering as a crime, Mr Groothuizen pointed to United Nations Office on Drugs and Crime (UNODC) statistics that show $1.5 trillion laundered annually.

SAPO was established last year as a cornerstone in the fight against corruption in Ukraine, and to support and prosecute cases being investigated by the National Anti-Corruption Bureau of Ukraine (NABU).