After three months of deployment to 12 regions, the European Union Advisory Mission’s (EUAM) outreach officers returned to their headquarters in Kyiv. The four teams conducted in total 445 meetings with police commanders, prosecutors, judges, representatives of NGOs and Free Legal Aid Centres, local authorities and border guards. EUAM experts have finalized their findings for the Mission’s leadership and EU member states.

The EUAM in Ukraine has a twofold mission. On the one hand, it seeks to enable the reform agents to perform their tasks by advising the Ukrainian authorities at the central level. On the other hand, the Mission gauges the regional dimension of the reform process. Working in the regions, the Mission’s experts monitored the challenges and gaps in the reform process on the ground bringing constructive advice to Kyiv authorities. 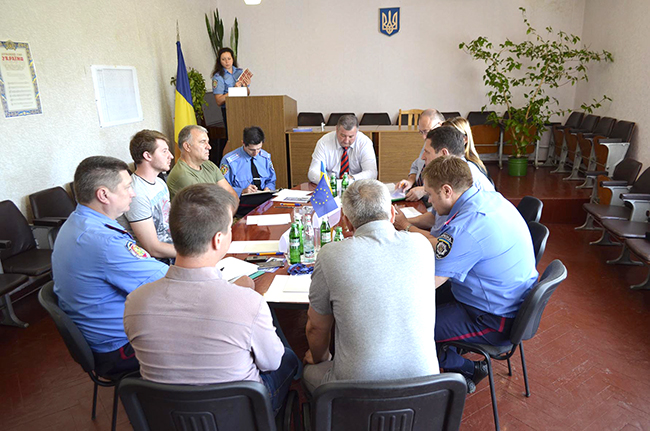 Visiting Zaporizhia and Chernihiv, Odessa and Lviv, Kharkiv and Poltava, Rivne and Ivano-Frankivsk, the EUAM’s regional outreach officers have witnessed numerous cases of struggle for change in the country. “Ukraine is going through a transformation process, and it is our interest to make sure that the wheels of reforms turn in the right direction,” said Kalman Mizsei, Head of EUAM.

EUAM experts remind that law enforcement structures are not easy to reform, and as everything else, this change requires a comprehensive approach.

Two things should be remembered: first, nothing is ever black and white. As in every other endeavour, there are people who are committed to their work and those who try to undermine their efforts. The current selection process for law enforcement bodies (police and prosecution) allows almost everyone to apply, and people who meet the professional and ethical requirements have nothing to be scared of, experts note. Second thing to point out is: law enforcement structures should be reformed in a comprehensive and strategic manner. 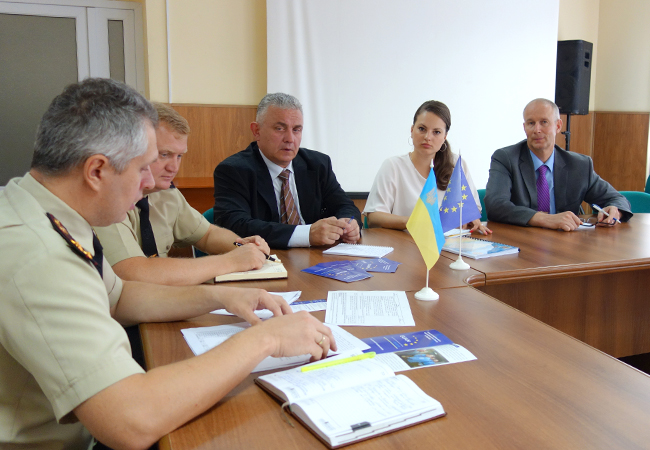 The EUAM experts are certain that unless all the three interdependent parts of the chain – police-prosecution-courts – are changed in a coordinated way, there will always be a leeway for illegal actions. One of the challenges for Ukraine’s law enforcement, apart from the reform process itself, is the restructuring caused by the decentralization process. The process of territorial reorganisation of law enforcement and justice bodies (for example, merging existing local offices for public prosecutors) seems not be done in coordination with the new administrative territorial divisions. Some issues to consider for law enforcement bodies would be: the overlap of functions, a functional accountability and appraisal system, the lack of internal communication from Kyiv to regions and backwards.

EUAM experts noted that the effectiveness and efficiency of law enforcement agencies needs to be appraised differently. The focus should shift from the statistics-based criteria (number of cases won in court, number of persons arrested and cases detected and solved) to results in public satisfaction and crime reduction. Prosecutors generally consider acquittals a failure: only one per cent of defendants in courts are lucky to be handed acquittals in Ukraine.

There was a general consensus among representatives of the police that investigators should be merged with detectives. Currently they belong to two different units with different tasks related to criminal investigations. Also, there should be simplified procedures for handling minor offences to decrease the investigators’ and prosecutors’ workload. 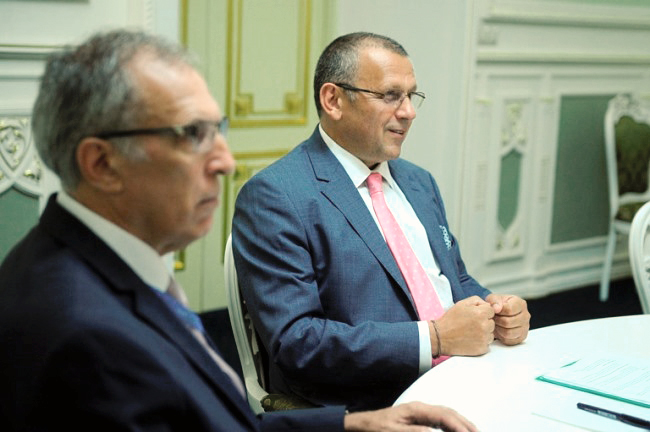 “I always say that the Mission has a unique accumulated knowledge about what is going in Ukraine due to its regional outreach teams of European experts deliver reality from regions to Kyiv authorities and Brussels.  We find gaps and local successes and we are always ready to help. For example, we have implemented a project in Lviv region together with the local police authorities that has become an integral part of the national police reform,” says Kalman Mizsei, the Head of EUAM. You can find more about the Sambir project and outreach work on our web site.

Udo Moeller, EUAM’s Head of Regional Outreach, said: “I am satisfied with the level of cooperation with the police and their openness to common projects. This differed from region to region, but we were grateful for their eagerness to share.” The Head of the regional department of the Ministry of Interior in Chernihiv Eduard Alyokhin said that special attention must be paid to the accountability of police before the public.  “It is very important to develop a mechanism for civil society to influence the appointments of law enforcement representatives,” he stressed. He wasn’t a part of the law-enforcement system for five years and “clearly saw that it was stuck,” as he puts it. 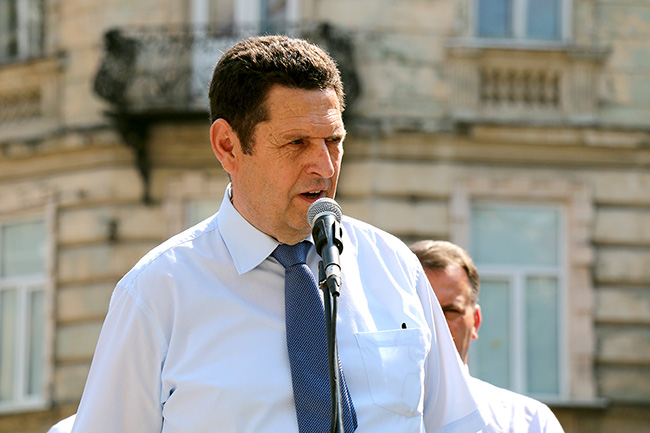 Cooperation with civil society remains one of biggest challenges. Speaking about Civil Councils, the Mission has noticed a very alarming tendency that has to be considered. Provided with tools to influence, civil activists cannot use them. “Civil councils do not work efficiently,” said the “OPORA”” representative in Rivne, the nation-wide network of lawyers and activists observing elections. “Some of them could be even compared to “pocket structures”. Usually Civil Councils in the regions lacked young active people and effective structures. It is unclear who members of these consultative bodies becomes. “In order to make Civil Councils functional, a selections procedure should be established, so that the councils truly represent civil society,” said Kalman Mizsei. At the same time, the Mission positively estimated the role of free secondary legal aid centres, considering them important agents for change.

Establishing first contacts with regional structures, EUAM experts received many requests for consultations and the exchange of best European practices. They will definitely continue their work in the regions. Finishing his work in Ukraine EUAM Head Kalman Mizsei said: “Back in 1989 hardly anybody believed that Poland would succeed. It was a matter of effective, incorruptible leadership and clear goal setting. Poland is one of the greatest European successes now and I believe that Ukraine will repeat this success”.

EUAM activity in regions — keeping a finger on the pulse of reforms is licensed under a Creative Commons Attribution-Share Alike 4.0 License.